An Overview Course on Android Apps Development, Publishing, and Promotion

This video tutorial session covers the basic steps and the process needed to build and publish mobile Android Apps to grow ones digital business. This tutorial will focus more on the process rather than on the technical details. 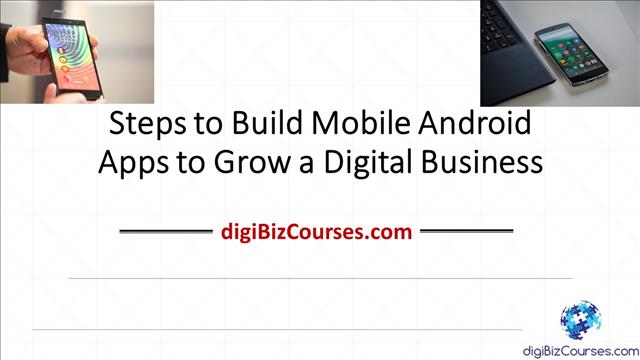 Before getting into the steps for building and publishing an Android App, let’s review some statistics related to the popularity of the mobile platform, especially related to the Android system. First, a note about mobile apps. Mobile apps as most of us know are software programs that run on mobile devices such as mobile phones, PDAs, wearables, and other mobile devices.

The following provides basic information and statistics on the popularity of Android Apps. 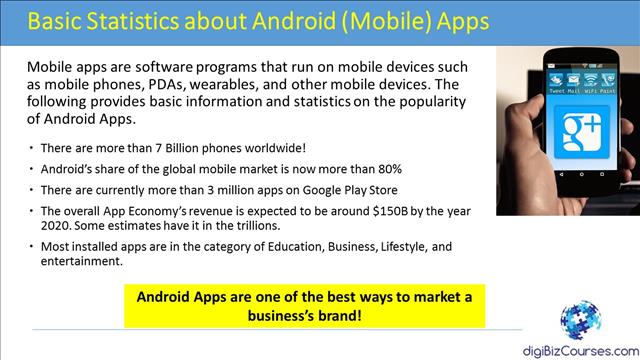 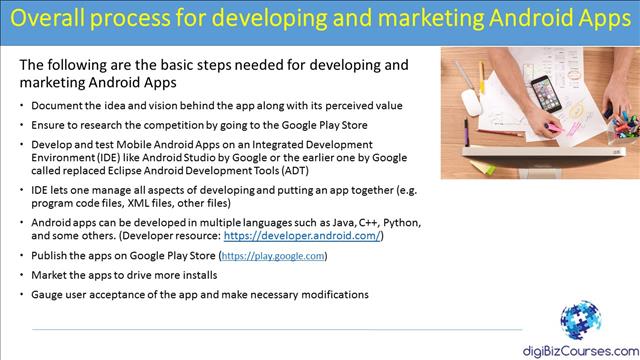 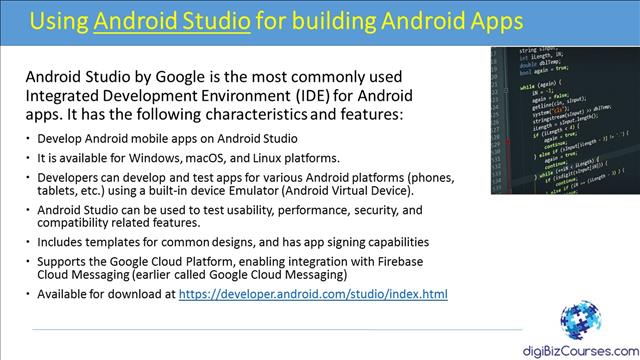 Defining a Program’s Interaction with the Program Governance Board

Next, we will discuss how to get an Android app published to make it available for the public to download and install and use. Here are the high level steps for that: 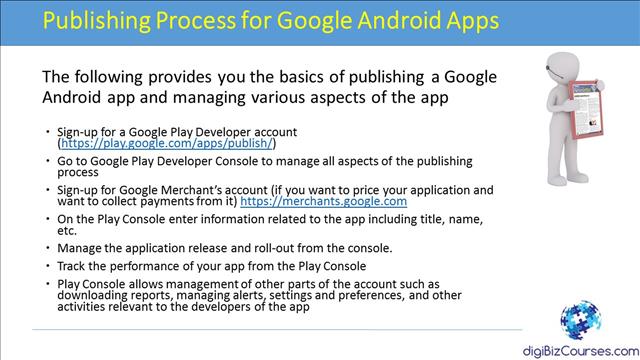 Once an app is published, users can go to the Google Play Store to download and use it. However, given that there are hundreds of millions of apps out there in the marketplace, this usually requires promotion and marketing on your part as the app developer. The following are some ways that app developers use to market and promote their apps. 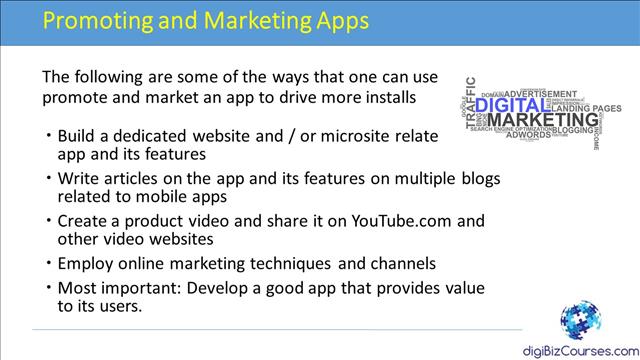